When I Think of Her… 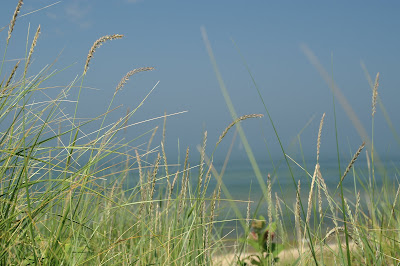 When I think of her, what immediately comes to mind is her laugh. Light. Musical. Joyful. Like bells tinkling. She had an infectious laugh. It was nearly impossible for anybody to hear her and not find themselves laughing too.

She could make pancakes without following a recipe. This might not be such an amazing feat to some, but it always boggled my mind as I’d watch her prepare breakfast during our weekend visits.

She possessed a laid back personality, especially compared to my uptight Type A-ness. I was secretly convinced she would live well beyond me due to this fact.

She loved the outdoors with a passion. We’d hiked together many times. Through the woods to witness maple trees tapped and harvested to make maple syrup, along the shores of Lake Michigan, across the rocky terrain of the Canadian Bruce Peninsula. Sometimes just the two of us, but most often with our entire families spilling along the trail together, laughing, talking, embracing nature.

She had an amazing faith. Deep and real. She firmly believed that some how, some way, God causes all things to work for our good, no matter how dismal things appeared at the moment.

When her husband was diagnosed with ALS, she—who to my knowledge had never run a race before in her life—began training for a marathon in support of the cause. And then she ran it. And then she finished it. When her father was diagnosed with lymphoma she ran a race in support of that as well. She went on to participate in a triathlon, and multiple 5-K races in between.

She was an amazing listener. Whether we agreed on things or not, we could always share open-minded discussions. Without judgment.

She was an avid game player. While our husbands sat hunched over the cribbage board, she and I would play Scrabble for hours (basically because we’d get sidetracked by our conversations in between actually playing the game). We played Euchre with our husbands as our partners. Once. (Never again!) We played games with our kids as well. We once had a Phase 10 game last for months because we couldn’t finish it before our weekend visit ended. But like people often do with chess games, we just picked up where we’d left off the next time we got together.

She was a natural nurturer, but never an enabler. She was the kind of person who inspired friends to be the very best kind of friend they could be.

She loved her family, and she was a fighter. When she received her own cancer diagnosis, she battled diligently with insurance companies and health care providers to cover her treatment. She travelled to multiple states, obtaining the best care possible. She did what she needed to do to try and heal. For three years. She was relentless.

Without knowing how near she was to the end of her life, my husband and I travelled across the state to visit her and her family the weekend before she died. Even though she was bedridden, I spent an hour talking with her. She was weak and had lost weight, her brown curls just beginning to grow back again after her last chemotherapy treatment. Her energy was low, but it is a time I’m so grateful to have had.

She passed away three days later.

When I think of her now, it’s not so much how she was during that last visit. It’s more like snapshots and video snippets covering the entire 25 years I knew her. It’s with that joyful twinkle of mirth sparking deep within her bright blue eyes. And despite the aching lump that lately resides permanently in my throat, and the tears that spill from my eyes without warning, I know without a doubt that she is all right. I know she’s dancing and laughing with joy in Heaven. Because when I think of her, it’s her laughter that fills my mind, clear as a tinkling bell.
Posted by Name: Holly Bowne

What a beautiful post and a beautiful person she was, and it sounds like a beautiful friendship (it didn't say how you knew her--I'm assuming a friend.) You have truly honored her with this magnificent posting of who she was, and what she meant to you. She sure had a special friend in you!

Hi Kristine--thanks so much forthe kind words. And yes, she was a very dear friend. I appreciate you stopping by.