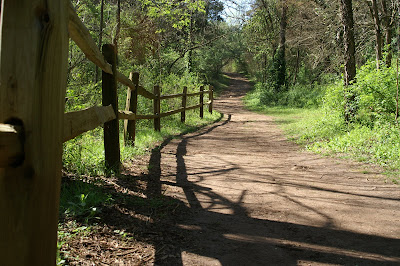 Photograph © Holly Bowne
Well, I finally uploaded the pictures from our family Spring Break vacation. It was really different this year.

My hubby travels a lot for work and due to his accumulation of a boatload of frequent flyer miles, for the past three years we've enjoyed some pretty spectacular vacations: Hawaii, Cancun and last year Rome! To secure our free flights, my hubby always books them a year in advance. But last spring, when he asked us all where we'd like to go for 2010, our daughter looked at him and said, "Um…Dad, it's going to be my senior year."

Wow. I'd completely forgotten. I couldn't believe the party was over and I hadn't even been paying attention. No more family Spring Breaks?

"Aaarrghhh! I’m not ready for this!" my head screamed.

Instead, Ashleigh told us she was hoping to do something special with her friends for Spring Break. And just as I shared in my Transitions post, this caused an immediate flashback to my own senior year of high school. I had the most amazing Spring Break trip to the Virgin Islands. Hmm…

"Aaarrghhh! I’m not ready for this!" my head screamed again.

Not to mention, here was another change in our family dynamics I was going to have to deal with. Sigh. (I think I've covered the fact that I do not handle change well.) After much discussion, one brave mom agreed to drive my daughter and her girlfriends to Dallas, Texas. The oldest sister of one of my daughter's friends had gotten a job there, and the girls decided the ideal Spring Break would be to spend the week visiting her. All five of them. In her one-bedroom apartment. With one car.

(Side note: They returned and are still friends, which I told Ashleigh is a huge accomplishment. She rolled her eyes at me, but I was serious!)

In the meantime, my hubby, son and I were sitting around rather bored, staring at each other. So we decided to take a spontaneous road trip. We settled on driving to Kentucky, and for the first time ever, we allowed our son bring a friend along on our "family" trip. We knew he was missing his big sister and thought it might make the whole adventure more fun for him. 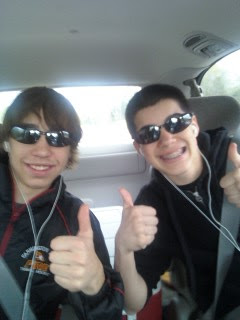 I was a bit apprehensive about how it would all play out. Our son selected an easygoing friend he's known since his preschool days, and we were able to get adjoining rooms at the hotel which was pretty cool. We perused all the brochures we'd accumulated and made our first stop Mammoth Caves… 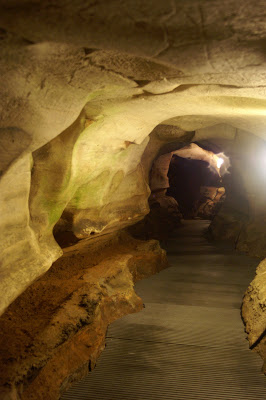 We sailed into the alleged hideout of Jesse James, Lost River Cave… 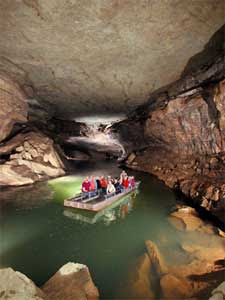 Image
And we visited the Corvette Museum. 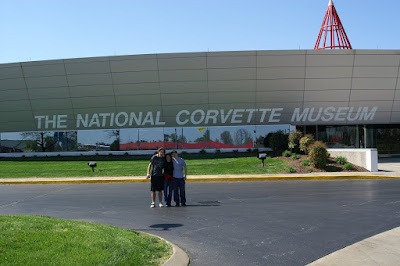 (Yeah, I'm the short one in the middle.)
Did you know that ALL Corvettes in the world are manufactured in Bowling Green, Kentucky? The first one was built in 1953; it had a white exterior and a red interior. 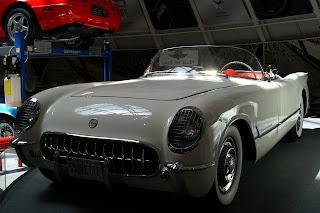 Due to design changes, there was only one 1983 model ever built! 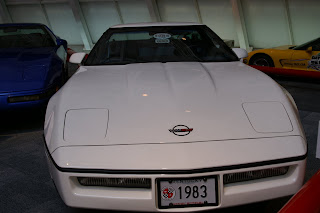 I know you're all impressed with my knowledge about Corvettes about now. (I'm actually pretty car-clueless which is bad since I'm married to a man who has worked in the automotive industry his entire career. Fortunately we've found lots of other stuff we can talk about.)

We spent our days exploring and the boys made liberal use of the hotel's workout area and swimming pool each evening. As we finally headed for home, I contemplated the trip. Well, I'd made it through. Even though it wasn't a "typical" family vacation, it had ended up being a really positive experience. I patted myself on the back.

Well done, Holly. You've managed to conquer one more step in the transition from parent of at-home teens to parent of one at-college and one at-home teen. I'm telling you, this whole weaning process is not going to be an easy one (for me).
Posted by Name: Holly Bowne

OK, Holly, I'm laughing big-time! You managed to turn me into a "brave mom," when my true motivation was to see my oldest baby and to keep my youngest baby from some unknown, um, exotic destination. ;) Well done, indeed! (And besides, I got chocolate and coffee out of the deal, thanks to you all!)

The caves look amazing! I think letting go/change can be incredibly hard. I have a good friend who is going through this at the moment and doing it tough. Maybe she needs to start blogging about it!

Taking on that adventure, even though you had strong motivation, does not in the least diminish the fact, you WERE brave, Terri! :o)