How I Spent My Summer: Adventures in Paris V 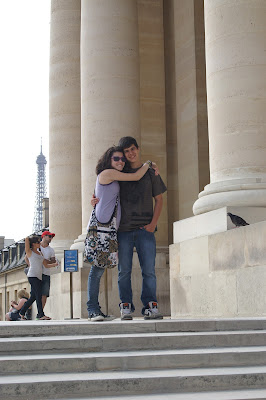 If you’re feeling particularly inspired, click the links below for my previous Parisian posts:
Parts I, II, III, IV
Figuring we’d pushed  Joshua’s museum gallivanting to the max, we visited the L'Hôtel National des Invalides, a complex of museums and monuments relating to France’s military history, as well as the burial site for some of France's war heroes, including Napoleon Bonaparte. 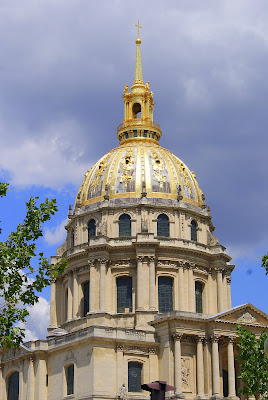 Later, the boys humored Ashleigh and me by accompanying us to the Latin Quarter and the famous book store, Shakespeare and Company! 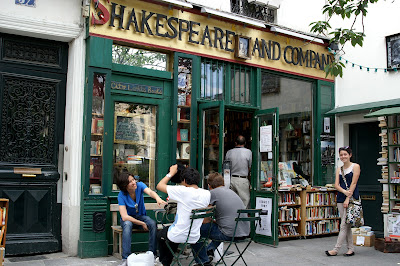 It was exactly what you might expect--this totally cool, cluttered shop with loads of new, used and rare books crammed into floor-to-ceiling shelves, and overflowing from cardboard boxes scattered outside the shop’s door. 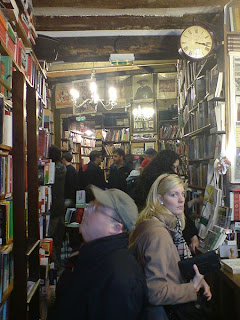 Image in public domain
I ended up buying a book about Paris in the Middle Ages (which Ashleigh yawned at!), plus I picked up an 1866 copy of Beethoven’s Letters from 1790 – 1826 for FREE, baby! 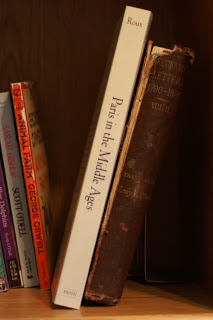 The boys were anxious to move on, so from there we went to ancient Sainte Chapelle. 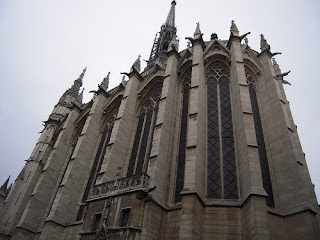 Image by: marsupilami92
This church was commissioned by King Louis IX to house his collection of Passion Relics, including part of Christ’s Crown of Thorns. (Although this relic is now kept in Notre Dame’s Treasury.) But the church is really famous because it contains one of the most extensive collections of 13th-century stained glass anywhere in the world.
Well, we got there, and naturally the line to get in was miles long. We knew La Conciergerie, another site we wanted to see, was around the corner. So we went there first. 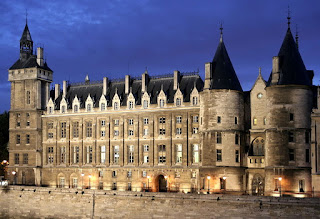 Image by: Hugovoyages
No line at all!  Plus, we discovered that by purchasing a dual ticket for Sainte Chapelle and La Conciergerie, we would get to skip right to the front of the ridiculously long line for Sainte Chapelle. How cool is that?! La Conciergerie is the famous prison where Queen Marie-Antoinette was locked up during the French Revolution, before being carted off to the guillotine. 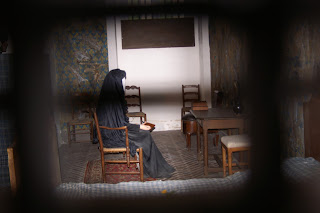 Waving “au revoir” to the poor suckers still waiting in line, we sailed into Sainte Chapelle. We explored the lower chapel... 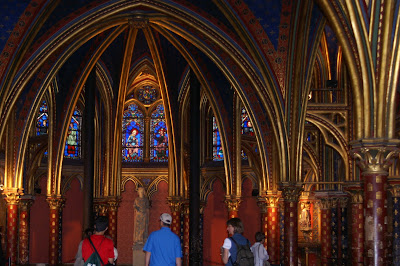 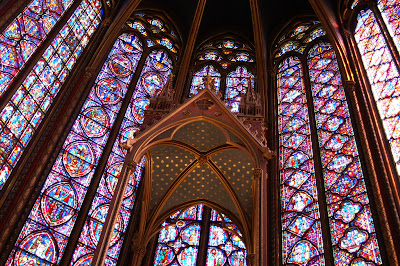 Framed by eloquently painted stonework, fifteen stained glass windows stretch from mid-wall to the incredibly high ceiling. Stories from the Bible are told in rich, glowing color within these shimmering panels of colored glass. 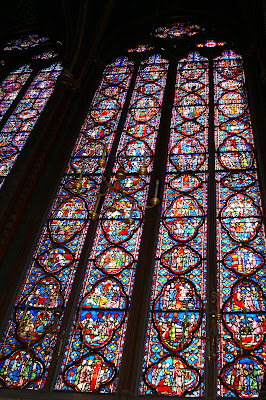 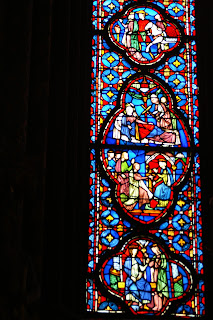 It was awesome! After dinner we visited Le Tour Eiffel at night. 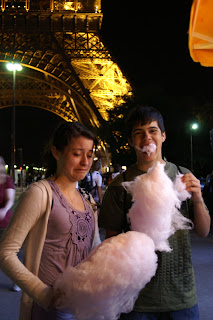 We were herded like sheep into elevators which took us to stop number one for this beautiful sunset view: 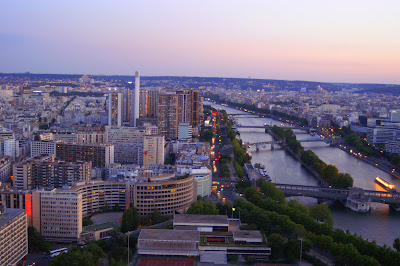 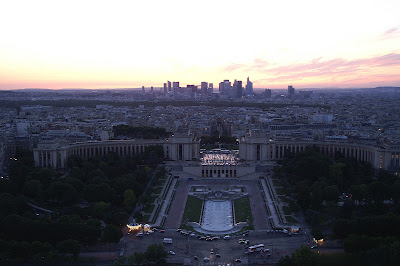 We then boarded a second elevator with took us to the ear-popping 1000-ft. top. It occurred to me that while we were crammed together in the elevator, I had a captive audience.
“Hey kids,” I said, pulling out my totally cool fact sheets and turning to the Eiffel Tower page. “Did you know the the Eiffel Tower never sways more than 4-1/2 inches, even in the strongest wind?”
“That’s really interesting mom,” said my captive audience.
“And did you know that originally, this tower was never intended to be a permanent addition to the city? It was created for the World Exhibition of 1889. For years Parisians hated it. They called it the Giant Asparagus!”
The elevator doors opened and my kids rushed out ahead of us.
“Some day they’ll be grateful that I shared all this stuff with them,” I grumbled to my captive husband, who merely nodded, towing me forward to see the view.
The AMAZING view!! 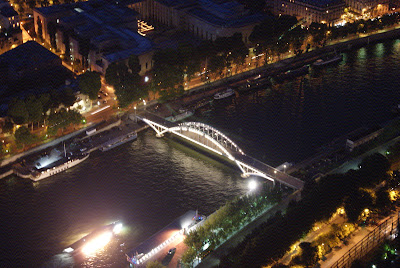 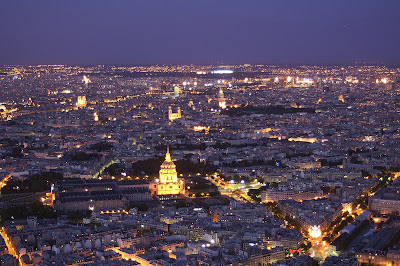 It was windy and cold, but soooo magical. At one point, Chris and I heard happy cheers and whistles which we assumed were in celebration of the Eiffel Tower’s twinkling light show. The lights twinkle for 10 minutes every hour at night.
But we later discovered through Ashleigh and Joshua, who were on the opposite side of the tower, that the cheers were for a young man who had just proposed to his girlfriend. Trés cool!
Once again, no taxi in sight and we got home in the wee hours of the morning. We decided our official theme phrase was: You cannot go to bed before midnight in Paris! 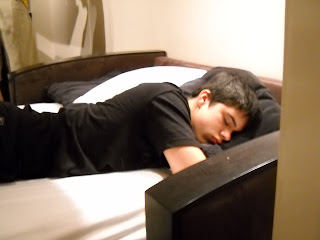 All those great photos of Paris's sights (not to mention the breathtaking stain glass pictures) and what I focused on was: "AHHH! Cotton candy!!!". ;D

I was on the Eiffel Tower during the day, but I think you were smart to go when it got dark because it looks so much more spectacular!