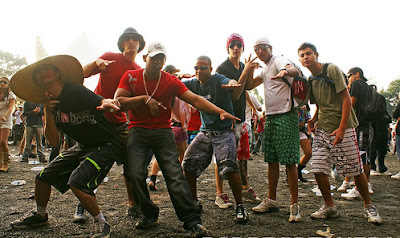 Soooo…I was chatting with my boy the other day. And I was telling him how I’d met a woman whose kids were in their older teens and twenties, we were comparing war parenting stories when she’d joked, “My kids live for those moments when I use words wrong.”
Josh frowned at me, so I explained, “she meant slang.”
Aaahhh. His furrowed brow cleared.

“You know, I wouldn’t mind learning the meaning of some of the different slang terms you and your friends use?” I said, plopping down onto the couch beside him as he skillfully battled bad guys on his X-Box.

I caught him in a generous mood because instead of rolling his eyes as I might have expected, he was happy to expand my knowledge in this area. Now some of you younger, hipper moms may know all this stuff, but I didn’t--at least not all of it. So figured I’d share the info for the unenlightened, like me.

Just for the record, Josh assured me that “cool” is still cool, and “awesome” is still awesome. But as far as some of the newer stuff... (For simplicity, I’ve put the slang term in bold within a sentence.)

“Gotta bounce!”
Josh assured me we’re not talking about jiggling body parts here! It just means “I must depart from your presence now.”


“Edward and Bella are going out.”
Varies with age. But for you parents of middle-schoolers, no worries. If your son or daughter is “going out” with someone, they’re not actually going anywhere. It just means they passed one of those notes--er, text messages along the lines of: “I like you, do you like me, circle YES or NO.”


“I’m planning to hook up with so-and-so later today.”
If you EVER say this in front of your teens, be prepared for them to start ROFL (rolling on the floor laughing). When I say “hook up,” I mean “connect with.” When teens say it, they mean, um… “really connect with,” if you know what I mean.


“He looks so hot!”
A friend of mine innocently said this about a hard-working repair man last summer, and yes, her kids were ROFL! She’d just informed everyone, her hubby included, that the guy was really, REALLY good looking.


“Ha! She totally owned you!”
This is not a throwback to indentured servitude or anything. Just means she totally dominated you in a game or something.


“Hey, Shoddy.”
Apparently, even some twenty-somethings can be out of the loop. My 20-year-old daughter was working at a soup kitchen. One of the gentleman diners asked her a question. Once he’d gotten his answer, he said, “Thanks shoddy, you can go.”

When she shared the story with one of her fellow workers, he cracked up. “He called you ‘shoddy’?”
“Yeah, why? Doesn’t it just mean ‘shorty’?” (My daughter’s only a couple of inches taller than me, which isn’t saying much!)
“Uh, no,” her friend replied. “It means, ‘hot girl’!”
“Oh.”


“Shotty front!” (Not to be confused with “shoddy”above.)
Shotty is derived from “shotgun.” The person who calls it first gets dibs on the front passenger seat in a car.

“Oh Snap!”
Pretty much like “Oh darn!” A polite way to say you’ve made a mistake.

“Sweet!”
While I automatically think of chocolate here. Josh explained it’s just another synonym for “cool.”

“His new car’s lookin’ tight.”
“Um…that all the bolts are screwed on and everything is holding together well?” I ventured.
“No, mom.” Josh laughed. “It means cool, excellent, awesome.”


“He’s such a tool.”
“He’s handy with a wrench or hammer?” Wrong again. It means that guy is a flirt, a total player.

“Don’t be a chicken, we’ll do the Bungee Jump together! YOLO!”
Not to be confused with that delicious milk chocolate and caramel candy, ROLO, YOLO means “You Only Live Once!” So go for it!

Final Notes: Apparently, there’s an unspoken rule that “grown-ups” aren’t supposed to use this slang. But whatevah! Why waste all this newfound knowledge? YOLO!

I think I knew most of these...or at least would have guessed their meaning...except for "shoddy". Really?? I remember the last time I used that word, it meant "sub-par" as in "That's shoddy workmanship." I'm glad for your daughter that it means "hot girl". ;)

As a school counselor and parent of a middle schooler, I was happy to discover that I knew most of these. I'm retiring at the end of this school year though, and strangely enough, losing my working knowledge of this lingo is something I worry about! I mean, nobody wants to be the dorky parent - that's just AWKWARD!

Well, quite a few new ones in there for me!