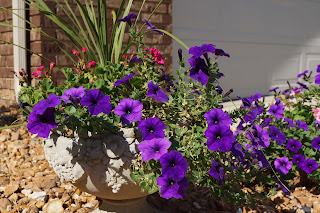 Some of you may have read my post lamenting the fact that my hubby Chris bought a new camera and hasn't been sharing.

He went out of town! So I snagged it and started a little experimenting. I’ve only got a few days before soccer season starts in order to figure out how to take amazing pics. The new camera is a Sony SLT-A65V, and it’s actually the new-and-improved version of my old camera. So I’m already familiar with some of the buttons and functions. But there are quite a few new options that I’d never seen before. Like the Sweep Panorama!

To use it, you have to pan the camera in one direction as it snaps continuous shots of your scene, creating one panoramic image. I tried it first just holding the camera in my hands, but the end result was too blurry. So I attached the camera to our tripod and tried again.

Using my favorite free photo editing software, Picasa, I zoomed in and cropped it to see how clear the picture really was, and I was amazed! 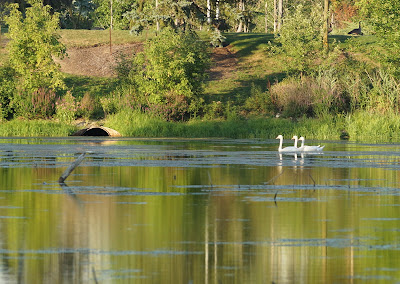 
Now the most important function for me to be familiar with is taking continuous action shots. Unfortunately, I was home alone looking out on a very inactive backyard.

Hmmmm…where could I find a cooperative action model. Someone willing to work with me… 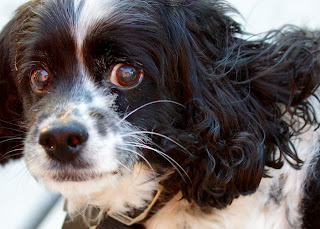 Okay, Oreo wasn’t exactly willing. But he said he’d humor me as long as he was paid well with treats. 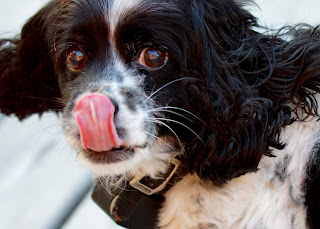 I already knew this camera would take better action shots than my old one because the manual says it can record 10 images per second! I took Oreo into the backyard with me and told him to stay… 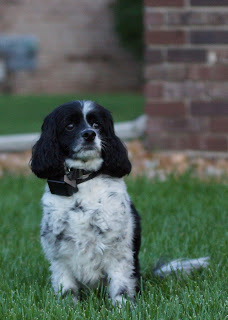 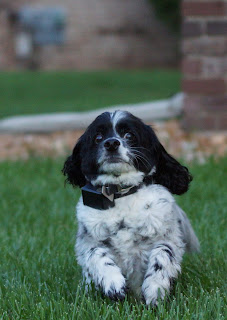 (My daughter Ashleigh says he looks like a bunny here.) 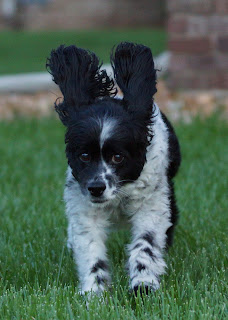 Ooooh, the agony of running... 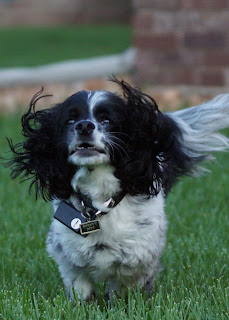 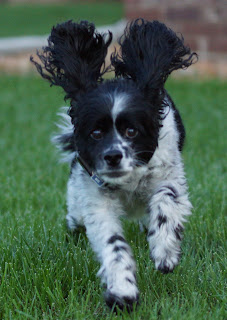 Now, this camera has a tracking feature I can activate. It automatically tracks the nearest subject to the screen. I decided to try it out, figuring the focus would be even sharper. Okay, Oreo. Come! 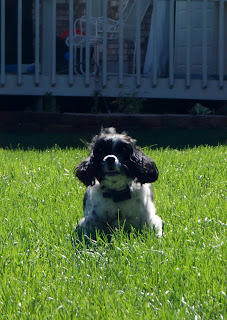 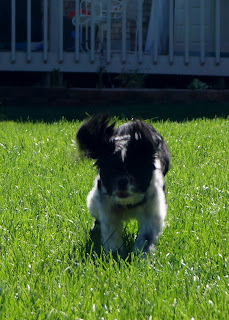 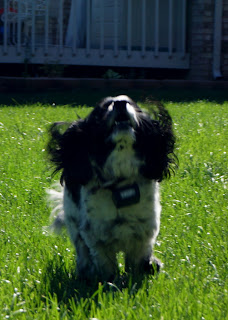 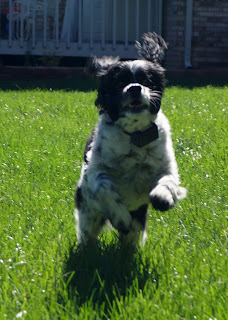 Yuck! They're so blurry! I wonder if I'm doing something wrong? I’ll have to investigate this more later.

Meanwhile, I moved on to testing the differences between the AUTO, AUTO+ and MACRO settings. When I think MACRO I think flowers. So I took three pictures, one with each setting, of my purple petunias (which despite our massive heat wave and my brown thumb, have continued to flourish). I honestly could not find any real difference in picture quality between them. 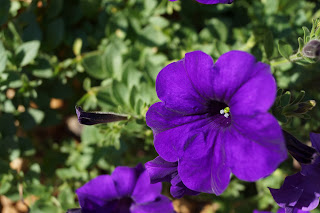 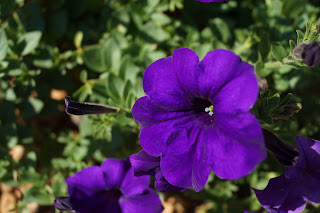 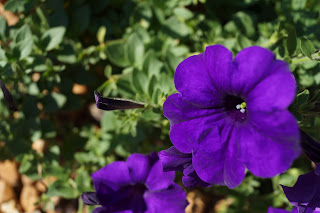 But I found a HUGE difference in the quality of images I cropped. Here's the original shot I took of my mother-in-law's day lily: 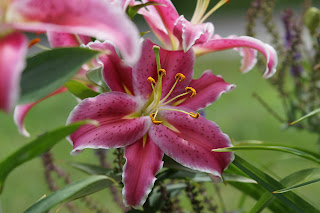 And here it is zoomed in and cropped. Check out the awesome detail! It must be the higher pixels. 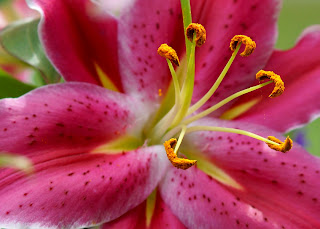 This will come in handy when I have to take shots further away from the action and I need to crop them later.

Overall, I’d say Operation: Hijacking the Camera has been a success. Saturday is the big day. The first soccer scrimmage of the season. Wish me luck with MY new camera! Bwa, ha, ha!

It's amazing that you can zoom in and get a better picture. Your flower pics are gorgeous. And how about that doggy action? Great job.

You are having WAY too much fun with that camera!

Even though I said previously that I don't really care much about cameras/taking photos, I now officially have camera envy. LOL! What fun action shots of Oreo (love his name BTW).