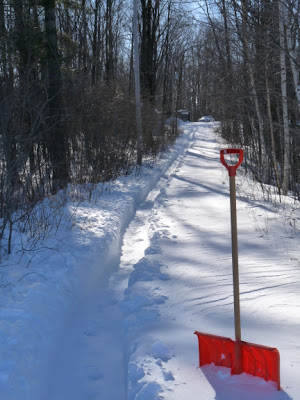 We sat across from each other at the kitchen table.

“Look at the bright side, mom. At least I make your life interesting,” Josh said, making absolutely no effort to suppress the smirk that played at the corner of his mouth.

“Bud, I could do with a little less ‘interesting’ in my life.” I sighed and ran a hand over my face. “I wish you’d stop giving me parenting challenges that I don’t already have a plan in place on how to handle them!”

Now his grin hit full force. “Hey, at least when I grow up and have kids, I’ll know what to do.”

I smacked the table and laughed. “Oh, no you won’t! It’s guaranteed that whatever your kids do, it will be completely different stuff than what you did!”

I walked into the kitchen and spotted the blinking light. Picking up the phone, I played back the message.

“Hello, Mrs. Bowne. This is Ms. Vice Principal at the high school. Please call me at your earliest convenience.”

I picked up my phone and sent an immediate text. “Um…Josh, do you have any idea why Ms. Vice Principal might be calling me?”

“I really don’t think this is a good idea,” I said shaking my head.

“You know there are cameras all over that parking lot and all around the school.”

“Hence our disguises, Mrs. Bowne,” Josh’s friend said, posing in his all-black attire for my benefit.

“Plus, we’ll have masks,” Josh waved a black ski mask in front of my nose.

“Did I ever tell you guys about my high school friend BAD BOY who removed all the little ringer things from the bells in school? When they were supposed to go off it was absolutely silent,” Chris said, with a reminiscent chuckle.

I glared at him. “You’re not helping.”

“Mom, we’ll be fine,” Josh said again. He gave me a quick hug, and vibrating with excitement the boys headed out the door, shovels in hand.

I couldn’t completely blame them. But still. For some reason, our school district decided our holiday break should end Wednesday, January 2nd. Even though most (if not all?) of our surrounding districts enjoyed vacation for the rest of that week, not returning to school until January 7th.

My frustrated senior son decided to hit the Internet where he discovered a school prank called “Make a Snow Day.” The prank involved sneaking over to school late at night, and piling up snow in front of the doors so they could not be opened. Nobody would be able to get into the building the next day, and voilá Snow Day.

Creative sparks bounced around in his brain like I wish they would when it’s an English paper he’s working on. Excited IM’s flew back and forth among he and his friends. And at 10:00 p.m. that night, his posse was assembled.

Sure, I could have forbidden him to do it, or taken the car keys, or sat on everyone with all 5’0” of me. But sometimes, it’s our job as parents to let our kids experience the real life consequences of their choices.

Although, I’m still trying to figure out how sleeping in for three days, having loads of time during the day to finish your homework, then staying up late at night playing X-Box is a punishment?

Okay, this is really funny - probably because he's not my son!! Thanks for reminding me that this journey with teenagers is interesting at someone else's house besides mine! Why is it that they're teenagers when we no longer have unlimited energy and brainpower with which to outwit them??

Oh my gosh! That is hilarious! (but only because it's not my child) LOL

Yup, I know I'd be laughing a LOT harder if it was someone else's kid, too! Ha, ha!