A Time to Fly 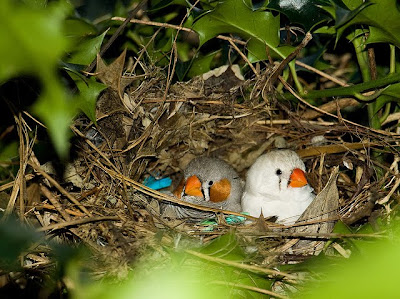 "What time do you want to leave for tryouts?" I asked.

Josh gathered his soccer ball, Gatorade, cleats and cell phone, shoving them all into his nylon drawstring bag. I sat at the kitchen table, going through the mail, surreptitiously watching him.

"I'm ready," he said standing before me a few minutes later, bag slung over his back.

"So, were you thinking I was driving you?" I said.

Joshua's eyes grew wide. "Um…well, I was thinking maybe I wouldn't start driving myself until tomorrow," he said.

I glanced out the window. The cloud-filled sky was heavy and dark. It was raining steadily. Fat drops left long streaks against the sliding glass door. The light wood of our deck was now stained a dark brown. My gut clenched. I had dragged my feet throughout the entire driver's education situation. He had dragged his feet as well. More often than not my hubby and I would have to force the keys into his hand.

It would have been so much easier to allow him to keep sitting in that passenger seat, me securely behind the wheel. But I knew doing that wouldn't help him grow. He needed to face any fears that were holding him back. So over and over again, we would hand him the keys. Make him drive. Eventually, his skills and confidence grew. Finally, the big day had arrived. That morning we'd driven to the Secretary of State's office. Within 20 minutes he'd held his new driver's license.

Now, it was several hours later, and we stood facing each other. The old insecurity flashed in the rich, brown eyes which held mine.

"I think you need to drive yourself," I said.

He hesitated another instant, then nodded, accepting the keys.

I trailed after him as he walked to the garage. Now it was my turn to feel insecure. "Remember, it's raining, so the roads will be more slippery."

"And other drivers can get weird in the rain. It's best to just stay away from everybody. Give yourself lots of space."

He garage door lifted and I attempted to quell my own nervousness as wetness spattered the pavement of our driveway.

He turned around and opened his arms wide for the hug he knew I needed.

I watched as he backed slowly out of the driveway. He raised his hand in farewell. But I still stood there as he drove down the street and out of our neighborhood.

The image of a mother bird with a nest of babies formed in my mind. I wondered if some baby birds were adventurous, needing no encouragement to begin testing their wings. Perhaps the mother bird even had to restrain them a bit, so they wouldn't hurt themselves trying to fly too soon.

Then maybe there are those babies who don't really want to fly, or leave that cozy, comfortable nest. And a big part of her likes that. She is able to keep them warm, safe and dry, held close within her wings.

But she knows it's time.

So instead, she nudges them to the edge of the nest…and gently pushes them off.

Ahhh, that would have been hard Holly, but you did the right thing. ((hugs))

You're getting better and better, Mama Bird.

Thanks, Annette! And thanks to you too, my own Mama Bird! :o)