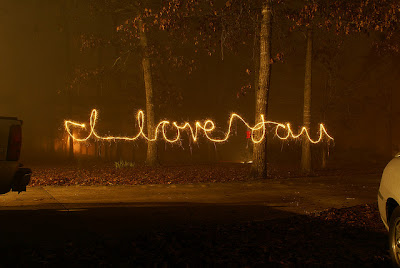 Have you ever noticed that words really do have power? I never bought into the whole "sticks and stones" thing, because I believe words truly can hurt you. Words can tear you down. They can crush your spirit. They can cut deep and twist like a knife. But words can also build you up. They can make your heart sing. Cause your spirit to lift and swirl as if riding on the wind.

We move through our days, and even though we know life on earth can't last forever, we tend to live our lives as if it will. "I’ll see you tomorrow. Next week. This afternoon…"

Recently, two people close to me lost their fathers in a similar way. Very sudden. They were there one second and the next they were gone. Slipping from this world to the next in a literal heartbeat. When death happens this way, it's unexpected…and shocking. Similar refrains were repeated over and over as people gathered murmuring, "I just spoke with him yesterday. A few days ago. This morning…"

I attended one funeral and listened as family members and friends moved to the pulpit and spoke, telling stories and reminiscing. I was struck by something shared by one daughter in particular. After recounting some thoughts and special stories, she proceeded to confess that despite the overwhelming sorrow she experienced at losing her father, she at least had no regrets in one regard. She revealed the fact that not one day went by without her telling her father she loved him. And he told her the same.

For some of you, this may not seem such a big deal. But for me, it was a moment of epiphany.

Although I tell my children and husband I love them on a daily basis, I began to think about my own parents and siblings. I was raised in a loving, relatively normal family of six. I had no doubt that my parents loved me, my siblings and each other. But growing up we rarely, if ever, actually said the words "I love you" out loud. It's not that we didn't feel it or think it. We just didn't say it.

While speaking on the phone with one of my brothers a few years back, we recognized this fact and began concluding our phone conversations to each other with those three magic words. But I hadn't expanded beyond that.

This has officially changed. I am now much more conscious of my interactions with all the people I love. And it's inspired me to remember to actually say those powerful words a lot more often.

So…have you said "I love you" today?

Very moving post, Holly. I absolutely agree that words have extraordinary power. And I am very lucky that I am surrounded by people in my life that tell me those three wonderful words all the time and vice versa. Thank you for reminding me of how very blessed I am.

When I was a little girl, a nun who was teaching our Sunday school class told us the importance of saying "I love you" to our parents each day. I took her very seriously, and began earnestly telling my parents I loved them every night at bedtime, and that tradition continues in my own family now. My preteen daughter still freely - and regularly - tells family members that she loves them.

Thanks, Holly, for reminding us how important those three little words are, not only in the face of tragedy, but every day.

This is such a great post. And so true.

Very moving post. I lost my father 2 years ago. Growing up my family didn't really say "I love you" a lot, but that did change some after getting older and having my own child. I tell my daughter I love her many times a day and at bedtime. However, my husband, I'm not so sure I tell him everyday. That's something to really make sure I do everyday.

I love this. I say "I love you" to almost everyone to whom I am close, family or not. Everyone in my immediate family is that way too. Every text my 18 yr old son sends me ends with "love u xo". I'm so grateful - but we all need a reminder every now and then, so thanks!

After an argument with someone close to me, I often find myself stopping and thinking, "What if something was to happen - what if this person were to die before we reconciled? Would I be able to forgive myself for my hurtful words? Would I regret for the rest of my life that I wasted time being angry that could have been spent in love?" It's a thought to ponder, to be sure. Thanks for the reminder.

I was raised by my grandfather. When I moved in with him when I was 7, he was kind of a cold person. I knew he loved me, but he was from the WWII generation. He did not show emotion. But by the time he passed away when I was 17, we never left each others' sites without saying "I love you" and giving each other a hug. It's a cherished feeling that really made a difference on how I raise my own son. I tell him "I love you" every hour. Sometimes I don't even realize I'm doing it so much.

But it's funny, as I write this I realize I don't tell my husband as much as I do my son. He probably needs it more than a three year old.

Thanks for this post. It's given me a little "ah-ha" moment.