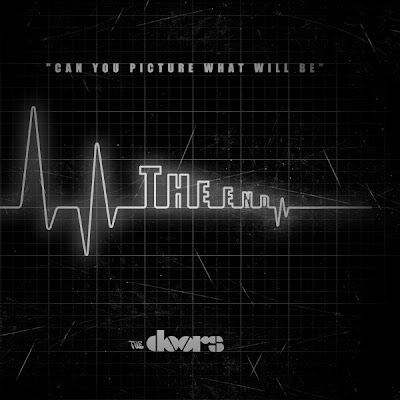 A couple of weekends ago, my daughter Ashleigh came home from college and she, Joshua and I attended the high school fall play, Mother Hicks. One of her closest friends had the lead role.

The play is set in southern Illinois during the great Depression. It relates the tale of three outsiders—an orphan girl known only as Girl, a deaf mute named Tuc and an eccentric recluse, Mother Hicks, who is suspected of being a witch. The story chronicles the journeys of these three characters as they find themselves, and each other, during this troubled time.

When the play ended, the lights came up and Ashleigh turned to me as we gathered our things, "Well, what did you think?"

"The actors did an incredible job!" I gushed. "Your friend was awesome!"

Ashleigh cocked her head. "What?"

I took a breath. "You realize I'm going to have to change the ending."

Joshua rolled his eyes and Ashleigh groaned at this.
"Mom," she said in her best I'm trying to patient here, but I've been studying ancient Greek literature for the past two months and you really don't understand art voice. "It's supposed to end like that."

"Yeah, yeah I know." I said, waving my hand airily. "But I need an ending with more…closure."

My family members already know this about me. And honestly, as a writer, I would probably have a BIG problem if I knew people were doing this with something I wrote. But as a reader and member of the audience I've gotta be honest here…

Call me shallow. Tell me I don't appreciate true literary art. But I can't help it. I want happy, satisfying endings! I do not want to be left hanging or confused. I do not like loose ends. And most of all I do not like unhappy endings. I figure there's enough misery in the world without my choices in entertainment adding to it. (For the record, Mother Hicks does not have an unhappy ending, just too many loose ends for my taste.) Perhaps I'll "evolve" at some point. But for now, gimme my happy ending darn it!

Allow me to share some examples of what I mean…

***SPOILER ALERT!***
(I'm discussing the endings of each title listed below.
If you haven't read the books or seen the movies,
you may want to step away from the blog!)

Pay It Forward (2000)
No way does main character 11-yr.-old Trevor McKinney die in the end! That ruined the whole movie! Instead, in my ending he comes to his friend's defense, standing up to the bully, who then ultimately realizes what an awful person he's been, breaks down and decides to become part of the positive "Pay It Forward" movement.

Arlington Road (1999)
Are you kidding me? Sorry folks, but in my ending single dad Michael Faraday, does NOT become an unwitting pawn of the terrorists, blowing up a federal building and leaving the psycho terrorist neighbors to raise his 9-yr.-old son. Instead, Faraday uncovers a critical piece of evidence making it clear that his "crazy" allegations about his neighbors are absolutely true. In a race against time, their plot is uncovered and they're busted just before they can complete their mission.

Pirates of the Carribean: At Worlds End (2007)
Uh…no. Will Turner is NOT mortally wounded while trying to retrieve the Deadman's Chest and therefore is not forced to become the new captain of the The Flying Dutchman, destined to see Elizabeth—his true love and new wife—only once every 10 years. Yeesh. Instead Captain Jake Sparrow is! And he's fine with that because his true love is the sea anyway.

Now for some BOOKS…

Romeo and Juliet by Shakespeare
(I know, I know it's Shakespeare. How dare I?) But in my ending Romeo arrives at the tomb to find Juliet presumably dead. He agonizes over her, of course. Then, just as he's about to put the poison to his lips, Friar John miraculously locates him! He relays the message from Friar Lawrence telling him Juliet's only taken a sleeping potion to appear dead. Romeo smashes the poison container against the stone wall and seconds later Juliet awakes to find her true love waiting to embrace her. Then they and their families all live happily ever after.

My Sister's Keeper by Jodi Picoult
Jodi Picoult is an amazing writer! And her fans were super hot when the major motion picture of this book debuted with an ending that was completely different from the book. But I was completely frustrated with the book's twist at the end and I've gotta tell you, this time Hollywood got it right. They ended their version the exact same way I did.

Harry Potter and the Deathly Hallows by J.K. Rowling
(Ooooh, I'm on dangerous ground now! Heh, heh!) But I was required to make a few minor changes to the end of this final book of the incredible Harry Potter series. In my version, the following people do NOT die:

I'll let Mad-Eye and Snape go, for dramatic effect and all, but that's it. Everybody else lives happily ever after.

C'mon, admit it. Aren't my revised endings much more satisfying?

I agree! I also like the happy endings & closure! Good blog as usual, Holly!

I also prefer happy endings. I feel cheated when there isn't one.

Good on you Holly - I like your versions better ;) I'm a happily ever after sort of gal too :) Movies or books that have unfinished endings I will be put off for a while until I can think of a good ending, and ones that leave you thinking, well, then I'm always saying... what if ???? trying to sort out some sort of closure.

Okay, I was with you up until the Pirates of the Caribbean ending.... You know Johnny is my first love, so buckle up.

Lizzy Swann got my nerves through the whole series, so I would have simply put her on the boat with Will. They were going to be arrested anyway. A life at sea would be fitting. And of course, Johnny, I mean Jack, ends up getting the Black Pearl back and sails to America. He decides to search this "undiscovered land," finds a time machine and ends up in West Virginia where he ends up falling in love with an unnamed blogger. Wait... Yep, I'm good with that ending! :)

Ha, ha! Great job with your ending, Ivy! I guess my "Pirates" ending made it clear who my fav Pirate is, eh? Just love that Orlando Bloom--er, Will Turner! ;o)