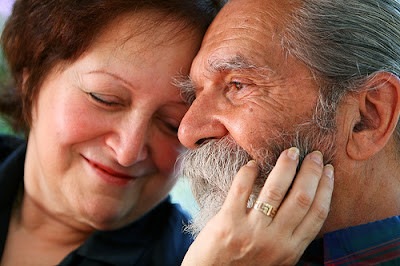 "Love is the great beautifier."
~ Louisa May Alcott ~

Image by: bravenewtraveler
Posted by Name: Holly Bowne 5 comments: Links to this post

A friend sent this to me a while back and I thought it was adorable. Enjoy!
Happy Thanksgiving!
Video Source on Youtube
Posted by Name: Holly Bowne 3 comments: Links to this post 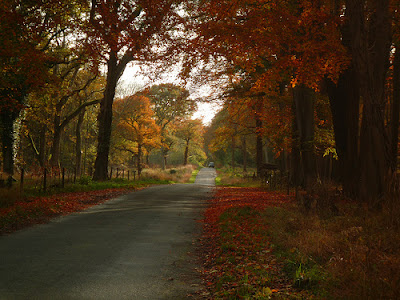 "Sweet is the breath of vernal shower,
The bee’s collected treasures sweet,
Sweet Music’s melting fall but sweeter yet
The still small voice of Gratitude."
~ Thomas Gray ~
Image by: Tejvanphotos
Posted by Name: Holly Bowne 4 comments: Links to this post 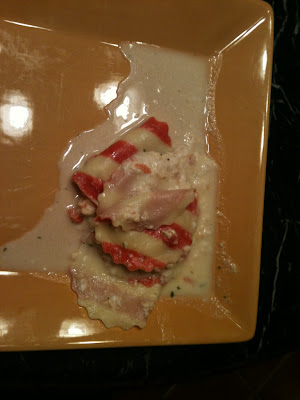 For some odd reason, I’m always drawn to cookbooks and recipe magazines. It doesn’t matter if I’m in a gift shop on vacation, or waiting in line at the grocery store. They pull me in like a kid to a candy counter. And I devour them. Tasting the ingredients on my tongue as I read and dream about those dishes. Hot, fragrant and fresh from the oven.
As long as I’m not the one cooking them, that is.
Does anybody remember Lisa’s “hot cakes” from the old television show, Green Acres? Okay, I’m not that bad, but my culinary skills definitely leave something to be desired. And unfortunately, I don’t have Zsa Zsa Gabor’s “hotness” factor to make up for my lack of technique in the kitchen.
To be honest, I didn’t realize I even had a cooking problem until recently. Maybe because this deficiency hasn’t always been the case. Over the years, my culinary talents have followed a sort of bell-shaped curve.
As a teen, I started out pretty lame. Never did much cooking while living at home with my parents, aside from acting as “sous-chef” on occasion. During my college days I survived on and bologna ‘n cheese sandwiches supplemented by Doritos, M&M’s, (and sneaking tidbits from my roommates’ home-cooked meals when they weren’t looking). And believe it or not, my hubby cooked dinner the first six years we were married!
Then along came our first child. I became a stay-at-home mom and somehow making family meals ended up on my plate. I was cautious. Started out slow, following simple recipes to the letter. Gradually, my skills improved and I could diverge from the written word a bit. I even figured out how to use the Crockpot we’d received as a wedding gift.
But I think my skills must have peaked about the time my youngest was in middle school because I’ve been on a steady downhill progression ever since.
The thing is, I’m not sure why. It’s not that I don’t like cooking. Cooking is creative and I’m a creative person. Maybe the problem is I try to get too creative. Bored with simply following the recipe, I attempt to add my own personal flair…and fail. Epic fail.
I know part of the issue is being born without that female gene that allows women to multitask. Whenever I am cooking, if I attempt even the tiniest conversation, or to answer the phone or— Heaven forbid—sit down at the computer for “just a sec,” well, forget it. Whatever lovely cuisine I had planned is history.
It’s gotten so bad my son actually photographs my failed dinner “experiments” and sends them to his sister at college with notes attached stating: “SHE EXPECTS ME TO EAT THIS!!!” My daughter in turn finds great humor in posting these photographs on the web within her own blog.
Yeah. Real funny.
I struggled with what to do about this issue, even considered pulling a trick I learned from an old college friend who once confessed he “made dinner” for his new girlfriend by ordering delicious Chinese food from a local restaurant, then raced home to dump it all into his own pots and pans before she arrived.
But that could get expensive.
Then I considered taking cooking lessons. But my youngest is now a junior in high school. In two years we’re empty nesters. What do I need great cooking skills for then? I don’t even have to pretend I’m eating my vegetables anymore if I don’t want to.
I finally concluded the real problem is: I’m burned out. Heck, after 20 years of cooking for my family, I’m ready to retire. So instead of cooking lessons, I think it’s time to pass the scorch—er, torch. Yessiree, maybe I’ll just kick back and let my beloved children do the cooking. How about that? My son can handle the school year, and my daughter can take care of the summers. Sure, they may not be happy about it at first. But I’m actually helping them develop a necessary life skill. It’s only good parenting, right? And for me, it’s a win-win. Nice dinners on the table every night (at least none worse than I’m serving now), and I don’t have to listen to any more jokes or view any more online pictures of my cooking fiascos.
And just for the record, I am a decent baker. I make great snickerdoodles and a mean batch of M & M/chocolate chip cookies. So I’ll still be able to pull off the successful cookie-baking grandma role someday. But for now…
Seriously. I think it’s a good plan.
It’s got potential.
Posted by Name: Holly Bowne 2 comments: Links to this post 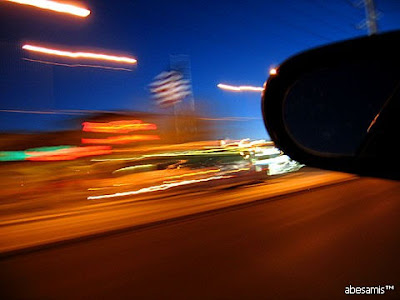 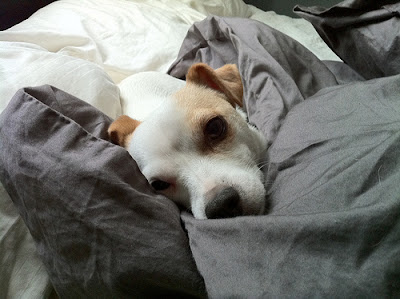 "You've got to get up every morning with determination if you're going to
go to bed with satisfaction."
~ George Lorimer ~
Image by: Coneybeare
Posted by Name: Holly Bowne 3 comments: Links to this post

How I Spent My Summer: Adventures in Paris - The Final Chapter 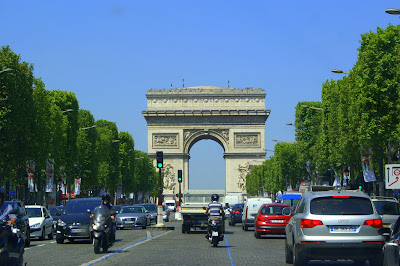 It was our last Parisian morning. We checked out of our apartment (sniff, sniff), but since our flight home didn’t leave until later in the afternoon we enjoyed a final stroll through the city streets and along the Champs D’Élysées. Here are some of our more memorable street shots… 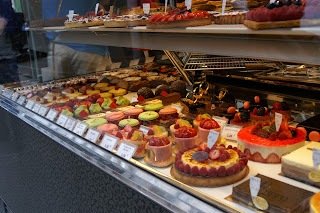 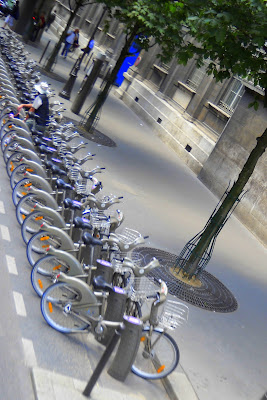 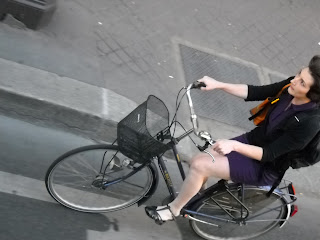 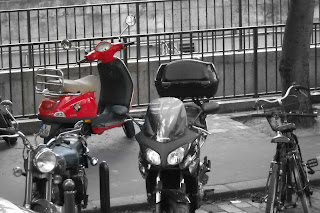 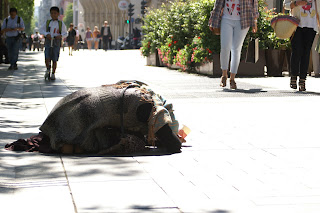 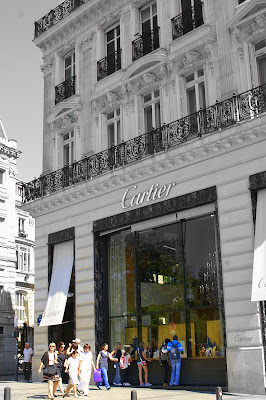 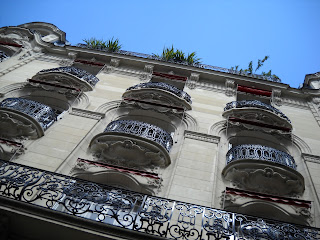 The ornate architecture is so inspiring… 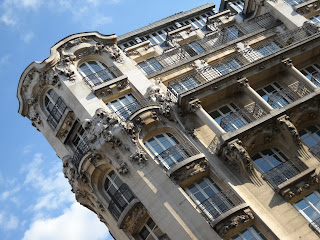 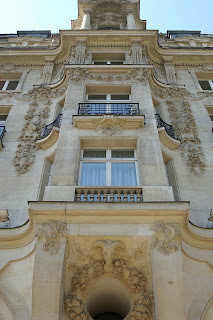 Several times we had these “party busses” drive past us! 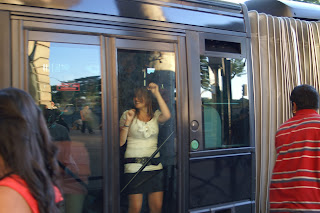 And check out the way Parisians park! 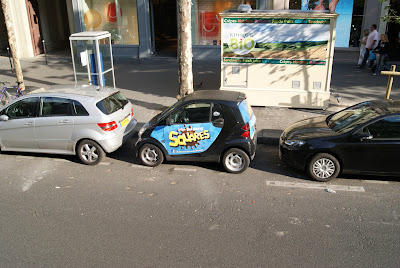 Whenever somebody wants to leave, they just start whacking against the cars in front and behind until they eventually maneuver their way out of the parking space. I guess that’s what “bumpers” are for, er, oui?
We also took one final sightseeing excursion to the top of the Arc de Triomphe.

As we stood in line to go to the top, I once again took advantage of my captive audience and shared the fact that this 160-foot triumphal arch was planned by Napoleon. He liked to think of himself as an heir to the Roman emperors so he had the arch built to celebrate his military successes. It’s actually inspired by Rome’s Arch of Titus. Check out the similarities…
Arch of Titus 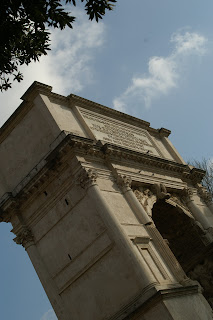 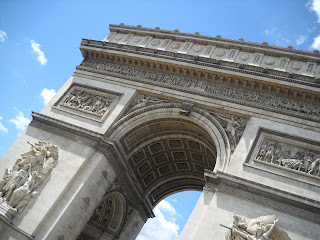 Also, France’s Tomb of the Unknown Soldier is buried beneath the archway to honor soldiers lost in World War I. The Eternal Flame is rekindled every evening. 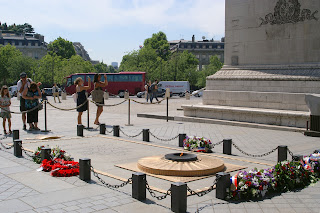 Here’s a detail of one side of the arch showing this incredible sculpture by Francois Rude, titled The Departure of the Volunteers, honoring the hallowed figures who fell on the fields of battle. 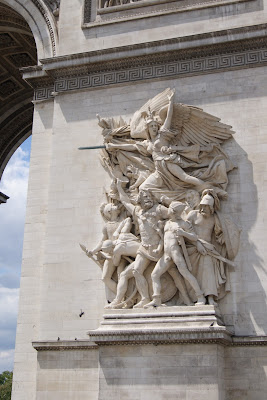 Finally, we climbed the nearly 300 steps to the top to see L’Étoile, the “star” effect of the 12 radiating avenues below. 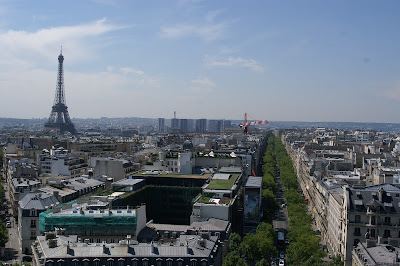 Here’s the amazing vista down the Champs D’Élysées. 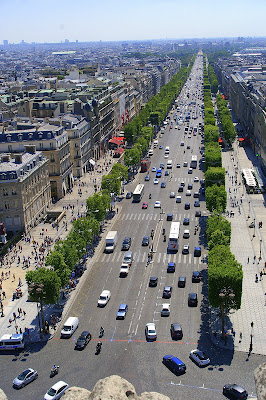 And see that massive hollowed-out square-frame structure in the horizon? That is La Défense, Europe's largest purpose-built business district. 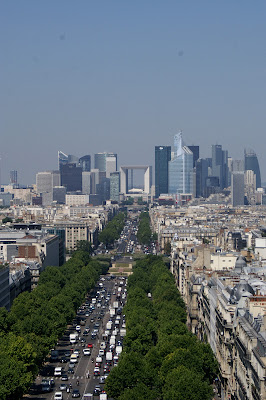 Then…it was time.
Exhausted, we trudged onto the airplane where we discovered my well-travelled hubby had arranged a surprise for us. He’d used his Frequent Flyer Miles to upgrade all of us to Business Class!  It was so awesome! 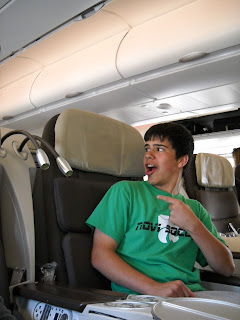 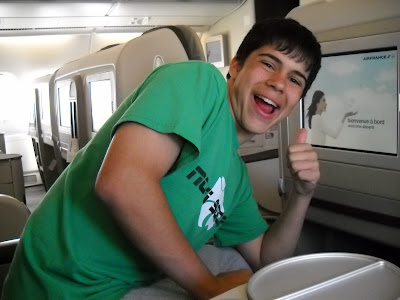 I realize all of you regular business class travelers won’t be impressed by this, but for the rest of you: Our seats reclined nearly horizontal without impacting the person sitting behind us at all! And the provided blankies were much bigger, warmer and comfier than mere economy class blankies.
Chris, the well-seasoned traveler that he is, immediately set up his bed and went to sleep. I knew I should have done the same thing but I was way too excited to sleep. Who knew when I would get to experience amenities like this again?!  So instead, I enjoyed a marathon “chick flick fest” on my supersize movie screen while sipping champagne and dining on some of the best Parisian cuisine of our trip. I also played with every button, switch and lever available. I couldn’t believe Chris was sleeping through all this great stuff! Oh, to be so cavalier about such luxury! And apparently, he did not appreciate me waking him up to share every new found delight I encountered.
All in all it was an incredible adventure. Au Revoir Paris!  Until next time! 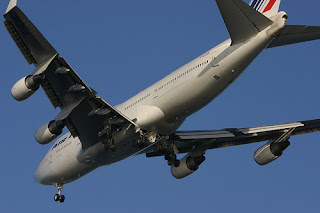 Epilogue
HOLLY: Oh. My. Gosh!  Chris, hey Chris! This airplane seat has a massager in it!
CHRIS:  Zzzzzzz.
JOSH: Mooooom!  Ashleigh took champagne when the flight attendant was passing them out before the flight!
ASHLEIGH: Cut it out, Josh! I thought it was apple juice!
HOLLY: Never mind. We’re technically still in Paris, so it’s not illegal. Did you guys see that the seats have massagers in them?
CHRIS: Zzzzzzz.
If you’re feeling particularly inspired, click the links below for my previous Parisian posts:
Parts I-II (just skip the Quotes of the Week!)
Parts III – V (ditto note above!)
Parts VI-VII
All photographs © Holly, Chris & Ashleigh Bowne unless otherwise noted.
Posted by Name: Holly Bowne 3 comments: Links to this post