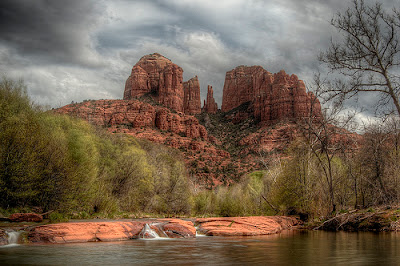 "A rock pile ceases to be a rock pile the moment a single man contemplates it, bearing within him the image of a cathedral." “If you would hit the mark, you must aim a little above it; every arrow that flies feels
the attraction of earth.”

Image by: JerryFeist
Posted by Name: Holly Bowne 2 comments: Links to this post

My hubby Chris and I attended a graduation party last weekend. We found ourselves in a conversation with another parent about the readjustment process we all go through when our college kids return home for the summer. Amid our discussion about the delights of once again witnessing freshly messed-up bedrooms, tripping over even more pairs of shoes, etc., the woman we were speaking with commented, “One thing that’s hard is enforcing the curfew, isn’t it? Especially since they’re used to doing their own thing up at school.”

Chris and I exchanged glances of surprise.

I wrote a post a few years back on the whole curfew topic. But for those of you who weren’t following the ol’ blog back then, let me sum up the way Chris and I have chosen to handle curfews for our older teens (as in 17-yrs. old) and up:

We don’t set any.

Instead of issuing a curfew directive, we would have a discussion with our teen before they went out somewhere for the evening. We’d talk about what they had going on the next day, what time they felt they needed to be up in the morning, and how much sleep they thought they needed. Then we’d ask them to give us a time they felt was reasonable for returning that night.

Our oldest daughter Ashleigh hated this! “Just give me a time!” she’d wail.

But Chris and I have always felt our job as parents of teens is one of preparation. We’re preparing our kids for full-blown adulthood.  Truly, it didn’t take long for Ashleigh to get the hang of it. And by the time she started her freshman year of college, she was totally responsible: Going to bed by 9:00 p.m. every night in order to be fresh and alert for her classes the following day.

Seriously though, I think it’s easy to fall into a pattern of dictating rules to our kids, just as we did when they were younger and we had all the control. But really, isn’t our job as parents a strategic process of relinquishing that control. And hopefully, by guiding our kids to think things through the way we have, those skills will be well established once they’re on their own.

I’m not saying it’s always easy! I’m sure both our kids will testify that we’re not always successful at sticking to the “guidance only” part. But we recognize that in the long run, they need to think for themselves. Our kids are now 17 and 20, and so far neither of them has ever let us down in terms of setting a time to be home, and honoring that time.

As I was sharing the “curfew conversation” with my oldest, home from her sophomore year of college, I was further surprised when she told me she actually has friends--plural--the same age she is, whose parents still dictate curfews. This seems so strange to me!  For the majority of the year, their kid could be out at all hours of the night, and they wouldn’t have a clue. But now that they’re back home, this 20-yr. old needs to be in the house by 11:00 p.m.?

So now I’m curious. I would love to hear thoughts on this from other parents. Is my philosophy on this totally off base? And if there are any parents of teens & twenties who do enforce a curfew, I’d love it if you shared your reasoning behind it.

What say you, fellow parents?

Posted by Name: Holly Bowne 3 comments: Links to this post 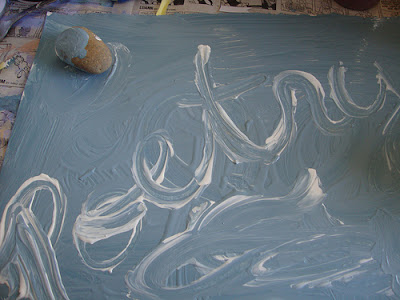 "Painting is poetry that is seen rather than felt, and poetry is painting that is
felt rather than seen."

Posted by Name: Holly Bowne 3 comments: Links to this post 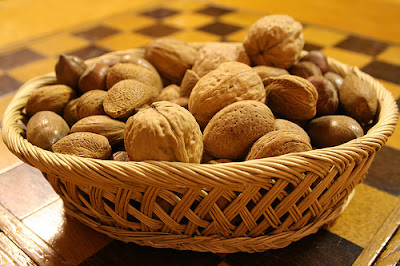 Yes, I know it’s closer to Father’s Day than Mother’s Day now, but due to a tight deadline on a writing project, as typically happens, my blogging life suffered. Sorry about that!

I’ve wanted to share my Mother’s Day “rant” since the adventure occurred on that fateful Sunday in May. But I’ve only now had time to write it down.

If you’ve followed my blog for a while, you’ll know I’ve ranted about Mother's Day before. I’m a soccer mom. And because the soccer gurus somehow decreed it the perfect day (& weekend) to run soccer tournaments, I’ve rarely celebrated Mother’s Day with my family or my own mom on the actual day.

But this year was different. Miracle of miracles we had no tournaments! So, my sister Taia, daughter Ashleigh and I carted an East Indian feast, purchased from a restaurant near my sister’s home, to the home of my parents on Mother’s Day. Instead of a quick phone call from the soccer field, I was going to get to spend hours chatting and enjoying a nice dinner with Mom.  Or so I thought.

Let me preface the rest of this story with a little background. Years ago, Ashleigh and I attended an East Indian wedding with my parents. The reception featured a fabulous buffet of East Indian cuisine. Now, Ashleigh has a nut allergy. So, she did as we’d taught her to do: She asked if there were any nuts or nut oils in any of the dishes. We always told her, “Don’t ask just anyone—make sure it’s the chef or someone in charge who really knows.”

We ended up in the emergency room.

You may think it’s impossible for a panicked 5-ft.-tall mom to leap over a drugstore counter in a maniacal rage and begin throttling the teenage sales clerk for asking stupid questions instead of rushing the sale on the bottle of Benadryl she was trying to purchase on the way to the emergency room.

But you’d be wrong.

Needless to say, from that day forward Ashleigh was leery of eating Indian food. A few years passed, and in order to help her overcome her fear, we took her to a local Indian restaurant which served a delicious nut-free dish called Butter Chicken. She liked it! And we rejoiced her fear had been overcome.

Fast forward to Mother’s Day. When placing our order, Taia made certain there was a nice, safe serving of Butter Chicken in there for Ashleigh.

As we all dug into the sumptuous spread, Ashleigh took a bite of her Butter Chicken. “This is really spicy!”

I waved away her concerns as I swallowed a bite of delicious Lamb Koorma. “Just eat more naan (bread) with it.”

After about 15 minutes, I noticed Ashleigh hadn’t eaten much, so I sampled the Butter Chicken. I took a second bite. I tasted nuts.

Within seconds Taia was on the phone with the restaurant. “Yes, we make that with cashews,” someone told her over the phone.

Okay, time for my rant:

For crying out loud! These people are in the FOOD Industry! Why aren’t nuts mentioned in the description of the dish?! My Lamb Koorma description specifically mentioned it contained nuts. Not so with the Butter Chicken! And why isn’t Butter Chicken made the same way everywhere?

Do people think nut allergies are just some excuse people give because they don’t like the taste of nuts? That if they just tried something, maybe they’d like it? We’re talking life and death here, people!

Once again, we ended up racing to the emergency room. Only this time, as a special Mother’s Day bonus, I got to pull off on the side of the road in order to stab my poor, crying 20-year-old baby girl with her dreaded EpiPen®.

And don’t even get me started on how we drove to the nearest hospital where Ashleigh’s symptoms were recorded on a napkin and it then took over an hour for the 107-year-old emergency room doctor to make her debut, asking insightful questions such as, “Sooooooo would you like to go home now, sweetie?”

You may think a panicked 5-ft.-tall mom can’t dive over a hospital bed in a maniacal rage and begin throttling a sweet, grandmotherly emergency room doctor for asking a bunch of stupid questions instead of doing her job.

But you’d be wrong.

Oh all right. I didn’t do that. But I thought about it. Instead I left the room to avoid doing or saying something I shouldn’t. Taia accompanied me. She was quiet for a moment, then said, “Maybe you should go back in there?”

And now if you’ll excuse me, I’ve got to go call a restaurant about some nuts.

Image by: IainBuchanan
Posted by Name: Holly Bowne 3 comments: Links to this post